Home » Who we are 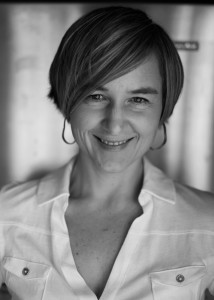 Patti Ryan has been working with words for nearly 20 years, first as a reporter, freelance writer, speech writer and corporate communications specialist, and since 2000 as president of  Southside Communications Inc.

Patti’s writing has been published in a range of Canadian magazines and newspapers, including the Globe and Mail, National Post, Ottawa Citizen, Vancouver Sun and Maclean’s. She has won a Canadian Association of Journalism (CAJ) award for investigative magazine journalism and has been a Gold Medal winner and Top 5 Finalist in the KRW Canadian Business Press awards. Earlier in her career, Patti co-authored a book about management strategies for high-tech companies: The New Innovators: How Canadians Are Shaping the Knowledge-Based Economy.

Outside of work, Patti has travelled extensively over many months on multiple trips throughout Asia, Africa, Australia and Latin America, and occasionally writes travel articles. She is the volunteer manager of several competitive sports teams, and recently completed a three-year term as a volunteer member of the Board of Directors of the Ottawa South Community Association. From August 2009 to March 2010 she was away from her desk, backpacking around Asia with her family. Her travel blog of that epic adventure has entertained more than 60,000 readers.

For larger projects or busier times, Southside Communications relies on a circle of trusted and talented writers, editors, graphic designers and translators to get the job done. 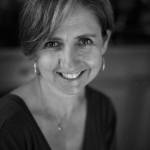 Sarah is a dynamic, creative and versatile writer and media consultant with strong ties to the media industry. For 17 years, she was one of the principal decision-makers and visionaries behind CBC Radio programs such as All in a Day and Ottawa Morning. In 2012, she launched a writing business and became a sessional lecturer at Carleton University’s School of Journalism and Communication. Her knack for recognizing what is unique and compelling about a story, situation, product or service is the hallmark of her style. Sarah has a graduate degree in journalism from the University of Western Ontario. 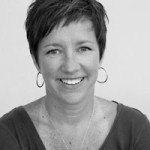 Ten years of art direction in the corporate world of advertising & direct marketing, combined with a love of visual art and design, gave Lori the tools to meet an infinite array of clients’ design needs. Lori works in conjunction with other industry professionals to ensure her clients’ unique messages are communicated effectively. Lori has a strong sense of community and takes great pride in doing business locally. Her satisfied clients from the Ottawa area include Bryson Farms, Kaleidoscope Kids Books, the Ottawa South Community Association (OSCA), Red Apron and Van Dromme Designs. Corporate clients include Royal Bank, Walmart, Providence Healthcare Foundation and Landcare. 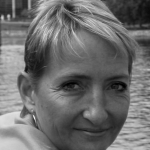 Dianna is a graphic designer with 25 years of experience. A graduate of the graphic design program at George Brown College, she started as a designer at Harbourfront’s art department in Toronto, but much of her career has been spent in publishing at prestigious houses such as Ginn, Prentice-Hall and McGraw-Hill Ryerson. She was the art director at McGraw-Hill Ryerson for almost a decade before she  decided to pursue a career as a freelancer. Dianna’s clients appreciate her keen eye, conceptual skills and years of experience.